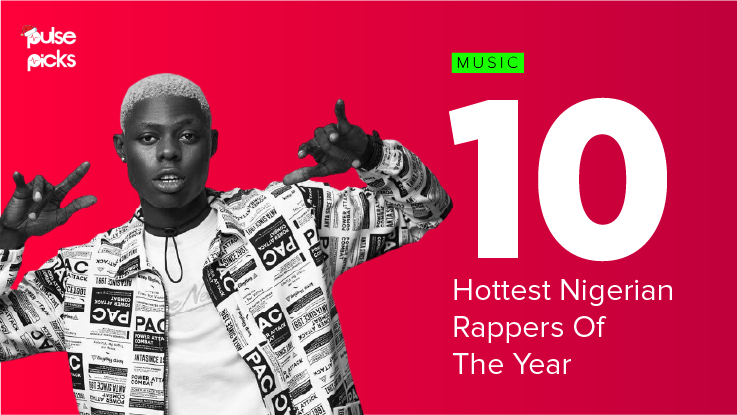 Customarily, #PulsePicks is our year-end medium to celebrate excellence across different aspects of Nigeria. The third installment on the music segment #PulsePicks follows this criteria;


Over the past few years, AQ has soared into reckoning as Nigeria’s best lyricist and rapper. The wild part: nobody saw his rise coming. This year, ‘Breathe’ became his biggest record and he continued his rise with his first set of AFRIMMA nominations.


‘Early Momo’ is probably Nigeria’s sleeper hit of the year. Vector generated enough heat in H1 2021 to drop that elusive album, TESLIM, but he let it slip. Nonetheless, he was still a part of Hennessy Cyphers 2021, Meanwhile, ‘Shabadushkabar’ on Masterkraft’s EP, Master Groove is hit material.


During the year in review, Laycon’s brand hit another level. He headlined his own reality show, and released two more bodies of work, to take his discography to an astounding six bodies of work in just three years. His rapping has also improved greatly, as he delivered impressive verses on Vee’s ‘Enter My Head’ and DJ Neptune’s ‘Rise Up.’


To a lot of people, Ezege might be slowing down, and maybe he is, but he is still one of the hottest Nigerian rappers of 2021. ‘Highway’ remains the song of the year to a lot of people. He also released an album, was part of ‘Egedege’ and Flavour’s ‘Doings.’


Blaqbonez produced Nigeria’s No. 1 rap album off a combination of factors. From the underground, the rapper has become a heartthrob of the Nigerian mainstream, as his music and marketing techniques win him more fans. He also got a lot of ‘firsts’ this year.


Olamide is a certified legend of Nigerian music. He is also a legendary Nigerian rapper. However, where to place him on this list was a problem. He was either going to be on this list and rank this or not be on it at all. For most of the year in review, he seldom rapped. However, his brand still comes with being a ‘rapper.’


He also delivered a brilliant sung-rap on Cheque’s ‘LOML.’


This year, Zlatan produced two amazing bodies of work and showed growth. While some of the songs never really reached the heights of certain records, they were big enough to complement Zlatan’s two bodies of work.


While LadiPoe would be the hottest rapper of the year to a lot of people, closer perusal suggests that this might be an overreaction. Nonetheless, the MAVIN act had a splendid year, which included ‘Feeling,’ an African monster smash. He got several nominations on global circuits like the BET Awards, AFRIMMA and more.


However, he also produced ‘Rap Messiah,’ another monster moment. His album didn’t have the greatest commercial success, but it has some impressive cuts.


First off, Naira Marley’s legacy is likely to suffer for his limited body of work releases during his incredible run, from 2018 till present. However, let the jury judge the strength of all the songs that were presented.


While Mohbad basically only released two smash hits as singles during the year in review, and the junit of Naira Marley’s ‘Coming and ‘Koleyewon’ might be bigger than the unit of ‘KPK’ and ‘Feel Good,’ ‘KPK’ is the biggest of all four tracks. Mohbad also released Light EP, an actual rap project, filled with rhythm and poetry.

Denrele Edun, James Brown feature in HBO documentary ‘The Legend of the Underground’