Mavin Records singer, Ayra Starr has revealed a new music video from her self-titled EP. This one is for the song “Sare” and has a futuristic setting.

Ayra Starr announced the release of the video via her Instagram page on Tuesday, the 8th of June 2021. She shared  a snippet of the video for “Sare” and urged fans to go “run it up”. In her words;

Sare music video out now 👼🏾⭐️ run it up , no mercy 🚨
A @madebysavant production directed by @lekan.mov 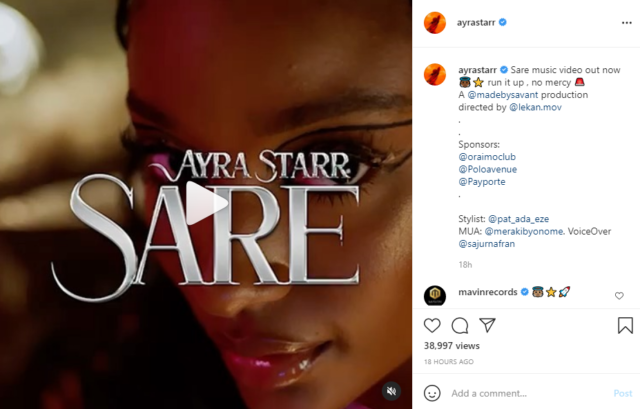 In the video for “Sare“, the setting is far into the future, the year 2098. A boy follows a painting into the world of the singer and she starts off singing.

Twene Jonas descends on Shatta Wale and warns him to ‘stop fooling’ in latest...