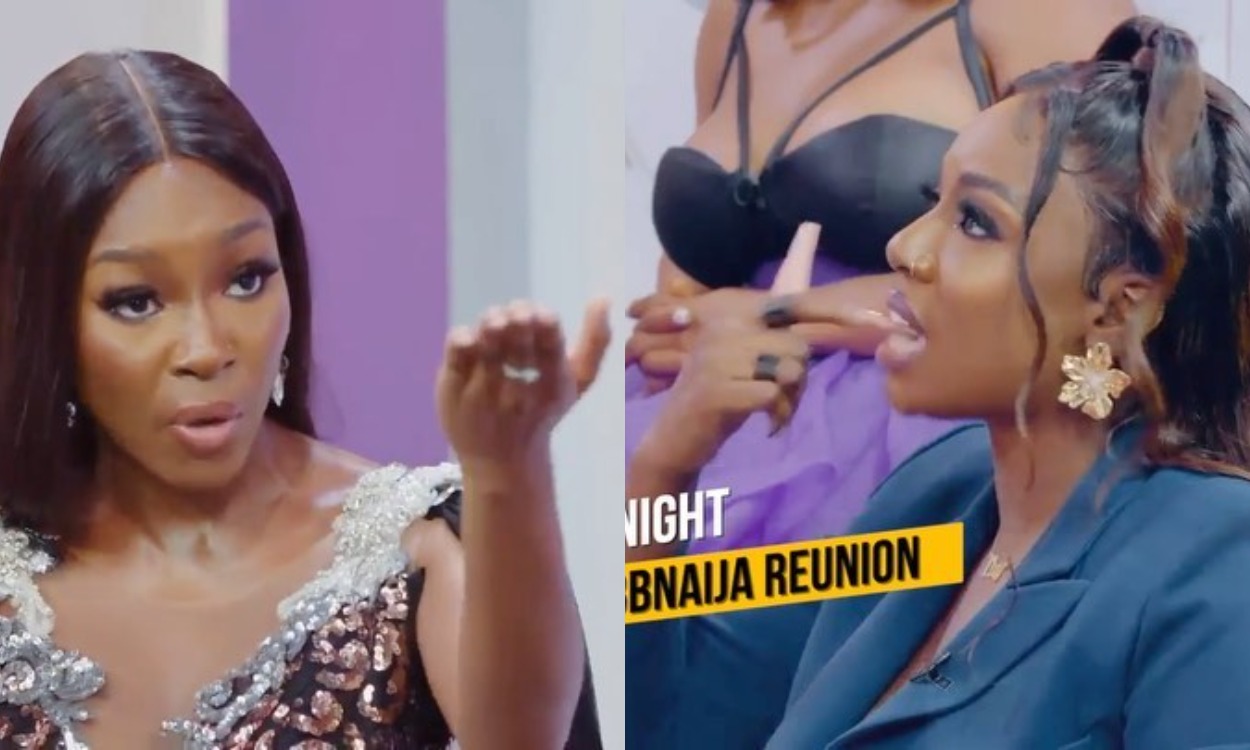 In case you missed last night’s showdown, check out the highlights:

Episode two of the ongoing show had a heated session benchmarked on Prince’s love pyramids in the house. If you missed the show, here are the highlights:

The queen of self-confidence, in very clear terms, called Prince out for deceiving her while in the house. After listing his many non-lover moments, she sealed her statement with a public announcement distancing herself from all things Princely. Thankfully, she’s in a HEALTHY relationship now.

Prince’s defense came in with a dash of lemons, bringing back the infamous bestie rule violation when Tolanibaj openly admitted to being interested in Vee’s Neo.

Now to the legendary war of words between Twitter’s latest sweetheart, Vee and the ermm..not so favourite Tbaj. Seeing as Prince brought up Tolani’s alleged attempt to steal Neo, Vee thought it prime time to read her the riot act which infuriated the triple degree-holding reality star.

The ladies had the stage dragging each other by their wigs and hairlines about a number of failures and perceived achievements. Going by Twitter trends, Vee maintained an impressive level of Bougie Ratchet while Tbaj left viewers dazed at her ghetto antics.

Viewers of the show have increasingly questioned Kiddwaya’s presence on the show caused by how the former housemate persistently maintains the bored to the roots expression.

Last night’s appearance looked like he desperately needed a time out to make a quick dash to Winterfell perhaps to return Jon Snow’s jacket. It’s absolutely alright if Nengi joins this wagon but definitely to anywhere gorgeousness reigns eternal.

A snippet of the new episode should definitely keep the seconds guys quivering as Ka3na offers rare details of her sexcapade with Praise. Stay tuned!

Eucharia Anunobi recounts how father refused to send her to school just because she...