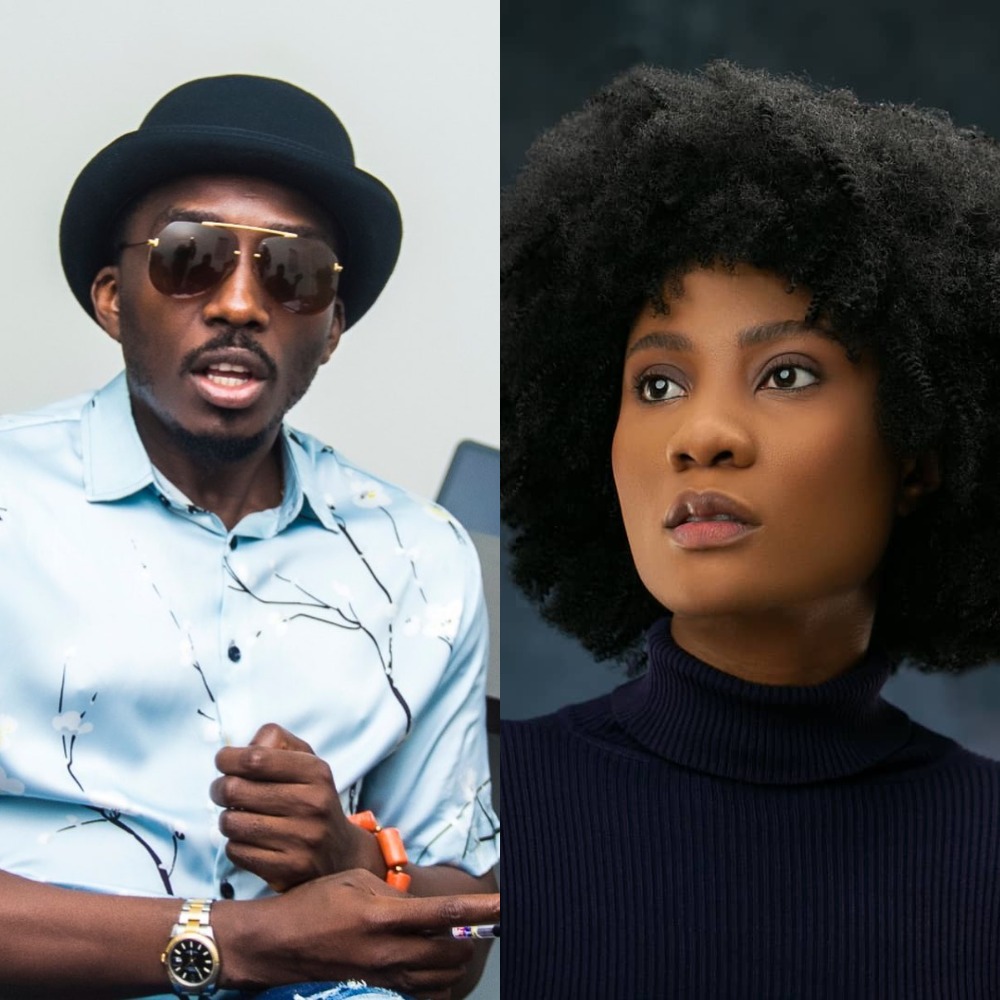 Interestingly, the star comedian is more. He broke into the entertainment industry as a writer, producer and actor in ‘Extended Family’, his 2013 comedy family series.

“After ‘Extended Family’, I made ‘The Bovi Ugboma Show’ before starting standup comedy,” says Bovi tells Pulse in a recent interview. “I am a seasonal human being when it comes to acting and that is because I don’t want to compromise on quality.”

Theresa Edem, on the other hand, is one actress that has maintained steady growth in the industry. Best known for her roles in ‘Tinsel’, ‘Hotel Majestic’ and the Emem Isong produced ‘Ayamma’, Edem is in the class of thriving talents in Nollywood.

Bovi began work on the ‘My Village People’ story in 2019. According to the filmmaker, he wanted a story to reflect the ‘village people’ term that stems from extended family members manipulating an individual’s life using dark forces.

“I write my stories based on trending topics and with ‘My Village People’, it is a topic that has never really gone out of trends. It has become an urban legend now so what we did was bring it to the big screens and mixed certain elements,” Bovi reveals. “It is dark humour, we do not have anything like that in Nollywood,” Theresa Edem adds.

Both stars play unlikely lovers in the movie set to premiere in cinemas this weekend. Bovi’s character is an atheist while Edem’s is a witch.

On his character, Bovi shares: “The character Prince is an atheist (doesn’t believe in anything and is floating aimlessly). He visits his village for an event where he is warned to be careful but he doesn’t heed any of the warnings. So what we did was to merge the urban mentality with the village mentality and a third force (marine spirits).”

Filmmakers in Nollywood share identical challenges. For Bovi, production was not a smooth sail. Amid struggling with the power situation and travelling long hours on the deplorable roads to location, the cast and crew kept a positive spirit through the hardships.

“The stumbling blocks had to do with things beyond our control. We had to power our set ourselves because we don’t have constant power. Traffic hindering us from getting to set. Regardless, we had a wonderful cast and crew.”

An element of the film that appears to be its selling point is the choice of cast. Bovi’s team matched veteran and fresh talents together so film lovers can look forward to Amaechi Muonagor, Nkem Owoh, Rachael Oniga, Binta Ayo Mogaji, Charles Inojie and Ada Ameh.

For Edem, working with the veterans, was a dream come true. “I grew up watching them on screen so it was a dream for me. It was my first time working with Nkem Owoh and he was amazing and so professional. Then Amaechi Muonagor played my dad. He was so patient and never complained despite some uncomfortable situations. He gave me so much courage. I had a great time.”

Conversations about Nollywood usually ends with filmmakers pointing at the same vice- Finance and Bovi wholeheartedly concurs. “I think Nollywood needs more investors. Entertainment is a lavish business so you need to spend money to get the best. It is not a business you can afford to manage.

“Right now, the industry needs to focus on expansion. Our screens are still countable in the hundreds and you know more screens mean more money and more jobs.”

Bovi’s ‘My Village People’ premieres in cinemas nationwide on June 11, 2021.