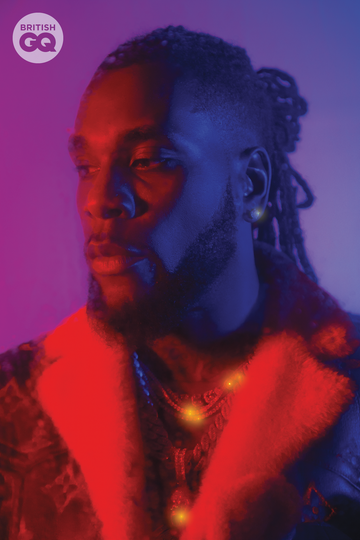 Blaqbonez’s “Bling” featuring Amaarae & Buju moves to No. 3 on the Top 50, becoming the first top 3 entry for all the artistes.

Additionally, Ladipoe’s “Feeling” with Buju debuts at No. 6, earning Buju his second top ten entry on the chart.

The Top 50 blends all-genre freemium streaming (Top Streaming Chart), radio airplay (Top Airplay Chart) and TV airplay (TV Top Songs Chart) in Nigeria. All charts will be dated and updated on Mondays, this week’s chart will be revealed on Monday, May 17, 2021

Blaqbonez’s “Bling” with Amaarae & Buju ascends to a new peak of No. 3 to become the first top 3 entry for all the artistes on the track. The rise of “Bling” is a result of increasing radio and TV airplay; it tallied 39.3 million in radio reach (up 29.7%) and 8.83 million in TV reach (up 39.3%). The song also slightly increased in streaming activity during the tracking week.

Ladipoe’s “Feeling” with Buju at No. 6 is the biggest debut this week; “Feeling” drew 35.01 million in radio impressions and 770,000 equivalent streams. With “Feeling” debuting at No. 6, Mavin Records becomes the third record label to have three different artistes reach the top ten of the chart (Ayra Starr and Rema on three occasions).

The Don Jazzy-led label joins Marlian Music & DMW. It is important to note that Sony Music Entertainment has had three artistes reach No. 1 on the chart but under different divisions of the label; Wizkid (RCA), Davido (RCA) and Gyakie (Sony Music West Africa).

Rounding out this week’s top ten of the Top 50; Peruzzi’s “Somebody Baby” featuring Davido falls 6-9 while Dangbana Republik & Bella Shmurda rounds up the top ten, ascending from No. 14 last week.

Outside the top ten, Dj Spinall’s “Sere (Remix)” featuring Fireboy DML and American artiste, 6lack re-enters the chart at No. 20. This is 6lack second top 20 entry on the chart after peaking at No. 11 with Omah Lay’s “Damn (Remix).” He joins Justin Bieber as the only non-Nigerian artistes with multiple top 20 entries.

All chart news will be available @TurntableCharts on Twitter while component charts such as Top Streaming Chart and Top Airplay Chart; and Top Triller Chart Nigeria will be updated on Tuesday, May 18 2021.