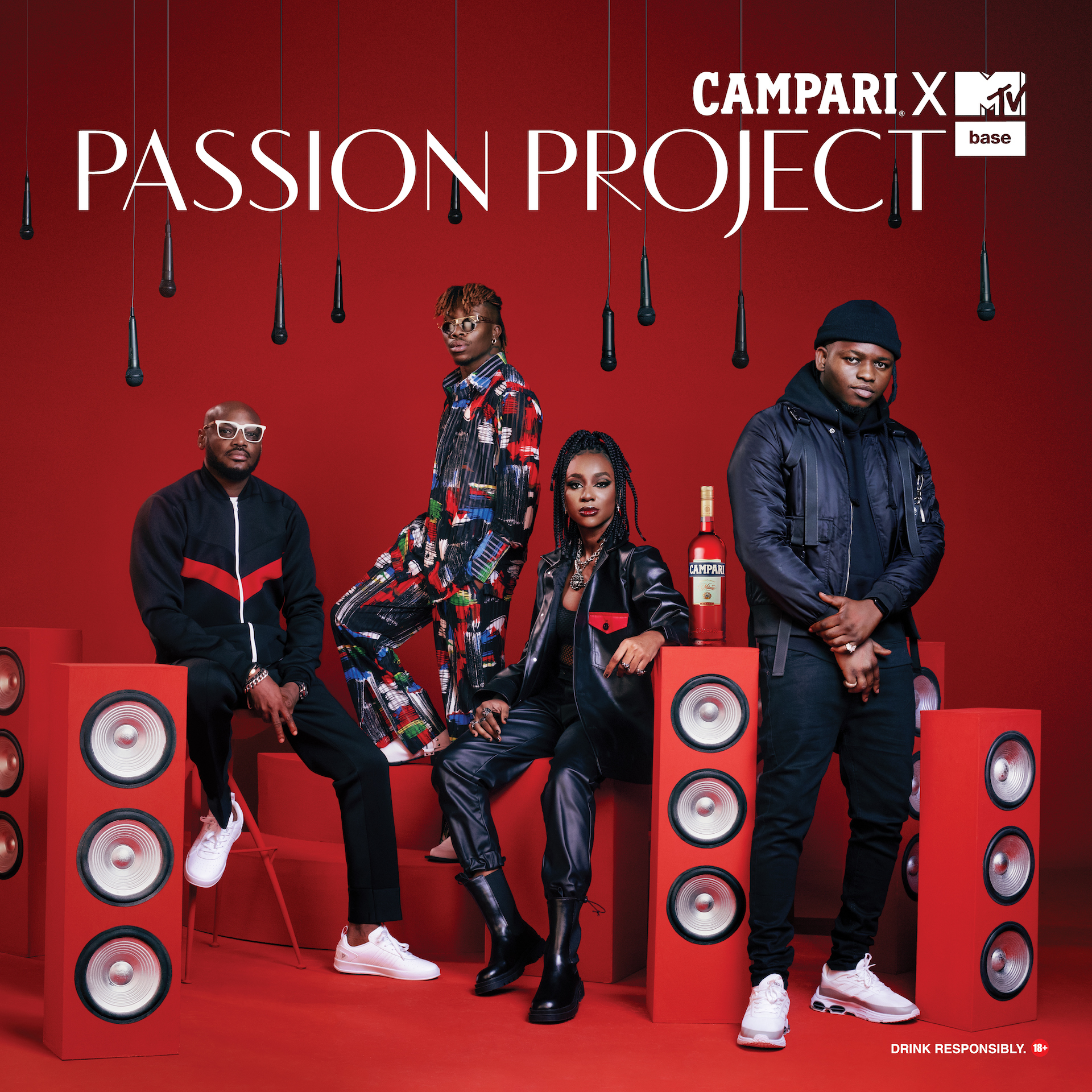 In a collaboration with MTV Base and Afrobeats icon, 2Baba, Campari have launched “Passion Project” – a platform that enables artists to turn their passion all the way up by

putting a spotlight on the rising stars of music, film, and style through the medium of music videos.

Music videos are an essential tool for new artists to break in, and are hugely powerful for seeding new creative ideas, trends and voices in Africa for an audience that spends so much of their time streaming content online.

The first Passion Project campaign launches in Nigeria, featuring world-class African talent including Oxlade, T-Classic and Goodgirl LA. Each artist will produce a music video for their next big single in collaboration with a filmmaker and stylist that they feel are pushing the boundaries of their own craft.

The talent involved in the creation of each video will also sit down in conversation with 2Baba to discuss what drives their passion and creativity in an interview series that gets under the skin of what makes these artists tick, which will be aired across West Africa on MTV Base West and online.

“I’ve had a long relationship with Campari, and this is the most exciting project I have collaborated with them on. They are going in deep on this one. It’s not just about using artists to endorse their brand but really working with them and investing in their talent.

“We are using this project to support rising stars in taking their passion and turning it into their life’s work, into a career and at the same time putting African creativity in the spotlight.” says 2Baba.

The campaign isn’t just for the artists though, it also offers fans the once-in-a-lifetime opportunity to connect with the artists they look up to, and to share the spotlight with them by featuring in one of the music videos. To win that opportunity people have to post a picture or video where they express their own passion, and where they have Campari in hand.

Following on from the first season in Nigeria, Campari plans to roll-out the Passion Project across countries in West and East Africa, continuing to put Africa’s most inspired creatives on the global map.

Entries are open, so if starring alongside 2Baba, Oxlade, T-Classic and Goodgirl LA in Naija’s next big music video sounds like a dream come true, don’t miss out.

[LYRICS] For You Lyrics By DJ Neptune Ft Rema