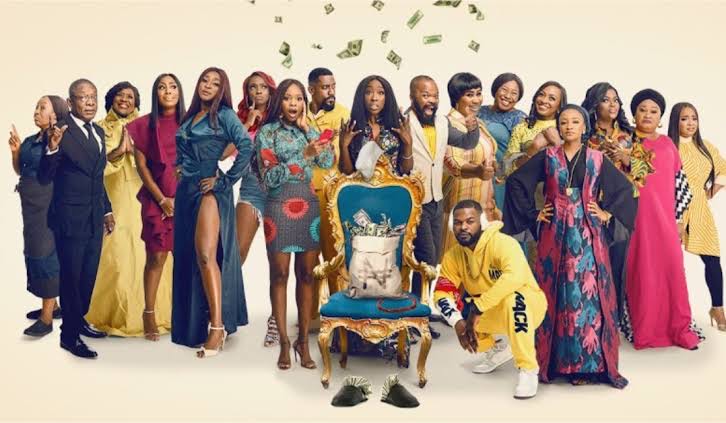 This shift can be attributed to the desire to emulate Gollywood’s growth; when names like Jackie Appiah, John Dumelo, Majid Michael, and Nadia Buari dominated Nigerian television from 2006 to 2013. But then came AY and Ramson Noah’s 30 days in Atlanta in 2014. A film based on two Warri friends; one razz the other refined, winning a lottery to spend a vacation in the United States. 30 days in Atlanta presented a new landscape, creating a new challenge/ambition for Nigerian filmmakers. After realizing there was an international audience to appeal to. It was no longer about domestic approval alone. It was “Nollywood to the world”.


Sadly, that innovation that birthed AY’s adventure-comedy has been lacking in recent years; that Nollywood consumers have been forced to watch the same tropes, plots, and performances over and over again. Until now, when the weary audience have begun to voice out their dissatisfaction with the quality of films being delivered.


2021 saw a fleet of titles land on Netflix; movies such as Fine Wine, Swallow, Finding Hubby, Omo ghetto, Day of destiny, A Naija Christmas etc. Limited series were not left out. Smart Money Woman, made its debut. Mo Abudu’s legal drama Castle & Castle returned for a sophomore season. And an engaging eight-episode sequel followed 2018s King Of Boys. These releases each had moments that received immediate responses from viewers and critics. Some were approving, some controversial, and others, straight-up terrible!.


On the 24th of December 2021, Christmas in Miami, another entry into what now seems to be an endless list of movies with the same trope, made its way to the theatres. It faced immediate backlash from the people who spent money on the tickets but not as high as the sequel of Ebonylife’s satire Chief Daddy2:Going for broke released on New Year’s Day. From the tweets and comments across social media, the frustration and rage towards the shallow standards upheld in these mentioned films and Nollywood, in General, is evident.


Now passionate individuals, writers, platforms & communities [Cinemapointer, Whatkeptmeup] are ready to hold Nollywood filmmaking accountable against mediocre production while rendering only trustworthy recommendations to its rapidly growing loyal audience. The presence of these platforms and several authentic analytical voices across Nigerian media will see that Filmmakers are compelled to anticipate critics reviews before, during, and after production. Rather than just making a movie anyhow with the thoughts that no one will notice it’s embarrassing flaws nor care to point them out.


There are loud voices ready to rip a Nollywood film to pieces, scene by scene, act by act, line by line to attribute praise or the opposite. However, two hurdles ahead of film critiquing in Nollywood are ‘Ego’ and ‘Stan Culture’. Are Nollywood producers ready to drop narcissism and accept corrections? Will stans of these actors remove sentimentalism and stop allowing blind admiration to cloud their judgements. These factors that threaten to hinder Nollywood’s growth must be nipped in the bud.


On the other hand, Nollywood’s cousin ‘Afrobeat’ thrives at home and abroad. For the Nigerian music industry to have attained this level of global dominance, it took some heat. There was a time when the quality of songs released faced serious objections regarding lyricism, sound engineering, marketing strategies, music video elements, cultural authenticity & general appeal. If those criticisms were neglected or not proffered in the first place, Afrobeats would not be as promising as it is today.


In 2019, Burna Boy dropped African Giant, a Grammy-nominated album that revolutionized the music scene across Africa and reconstructed a failing album selling market in Nigeria. In 2020 the sequel for 1992s classic Living in Bondage: Breaking Free achieved mild prospects in improving the dynamics of Nollywood. The same could be said for Kemi Adetiba’s sequel of her political thriller ‘King Of Boys: Return of the king. Not only did these two titles brim with adept storytelling, endearing characters, and cinema excellence, they redefined the standards of Nigerian filmmaking, that any Nollywood production short of that brilliance on multiple fronts will not be spared.


The rise of criticism towards Nollywood is beneficial. It serves as a sign that shows Nigerians are interested in African cinema, contrary to the cliche statement everyone makes, “I don’t watch Nollywood films”. Critiquing also explicitly highlights the constant flaws; we are tired of seeing. The same excuses we are tired of hearing from an industry still at its genesis.


It is a new year, a fresh ground for modification. Nevertheless, immediate change should not be expected. It will take time for Nollywood filmmakers to, according to Meryl Streep from Don’t Look up, ‘Sit tight and access’ for progressive innovations. But then time is no longer an excuse to an audience who’s had enough. Neither is it an excuse to film blogs and critics popping out of every corner. Every Nigerian hungry for popcorn entertainment is approaching Nollywood’s banquet with knives and forks, ready to have a piece of whatever poor, average or superb flick is served.


Once upon a time, Nollywood claimed Nigerians were unsupportive of the industry; well, now, they have our unwavering attention.

Official trailer for 'Tenant of the House' Nollywood movie