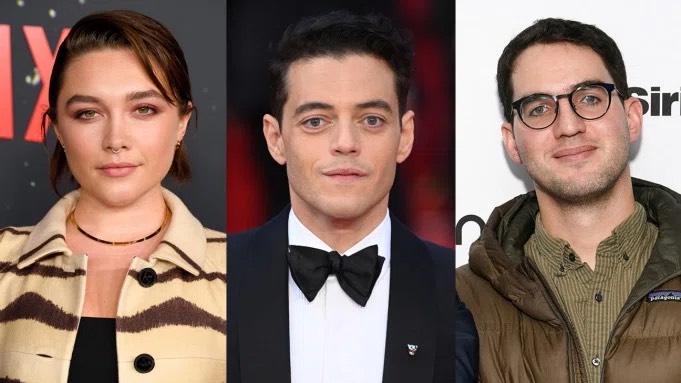 The Black Widow actress will play Jean Tatlock, a member of the Communist Party of the US who has an off-and-on affair with Oppenheimer. Benny Safdie will play Edward Teller, the Hungarian physicist; He is known as the father of the hydrogen bomb and a member of the Manhattan Project. At the same time, Rami Malek is playing a scientist.

Florence Pugh, who earned an Oscar nomination for her flawless performance in 2019’s Little Women, starred opposite Scarlett Johansson in Marvel’s Black Widow, making almost $380 million when released back in July, a solid outing for a pandemic-era release. She reprises her assassin-spy character, Yelena Belova, for the Hawkeye TV series, now streaming on Disney+ and will be seen next as part of Olivia Wilde’s ensemble thriller, Don’t Worry Darling, which will release be released soon.

Rami Malek is coming off a villainous turn in the James Bond movie No Time to Die, which, with a tally of $765 million, is the highest-grossing American movie of the year. The actor, who won an Oscar for his performance as Freddie Mercury in Bohemian Rhapsody, will next appear in David O. Russell’s latest feature, an untitled drama due out soon.

Christopher Nolan is known for the likes of The Dark Knight trilogy, Inception and Tenet, is set to direct and write the biopic, and will also produce alongside Emma Thomas and Charles Roven.

Simi says she is not pregnant