Home Entertainment I’ll rather spray my money on the streets than use it to... 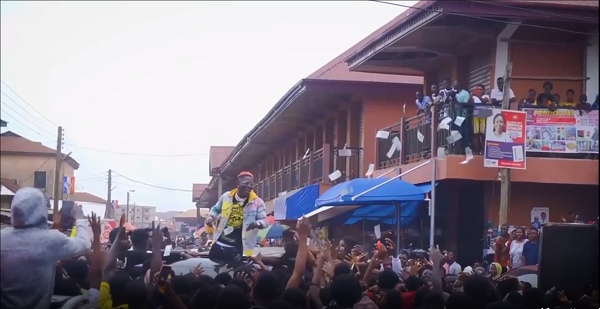 Shatta Wale stressed on the aforesaid quote as the major reason he appreciates those who follow him.


“People say a whole of things about me but what you think of me, others don’t see it that way … there is someone, somewhere who wants to supports Shatta Wale regardless so when I go somewhere, those spirits come together,” he said.


The “My Level” singer who believes so much in the love he gets from fans vowed to spray on the streets for people to grab rather than take same somewhere as tithe and offerings.


“I have told myself that any day the tithe that I will take to church, I will rather spray it on the streets,” he said.


Watch the video on Shatta’s stance on tithe below and share your views with us in the comment section.