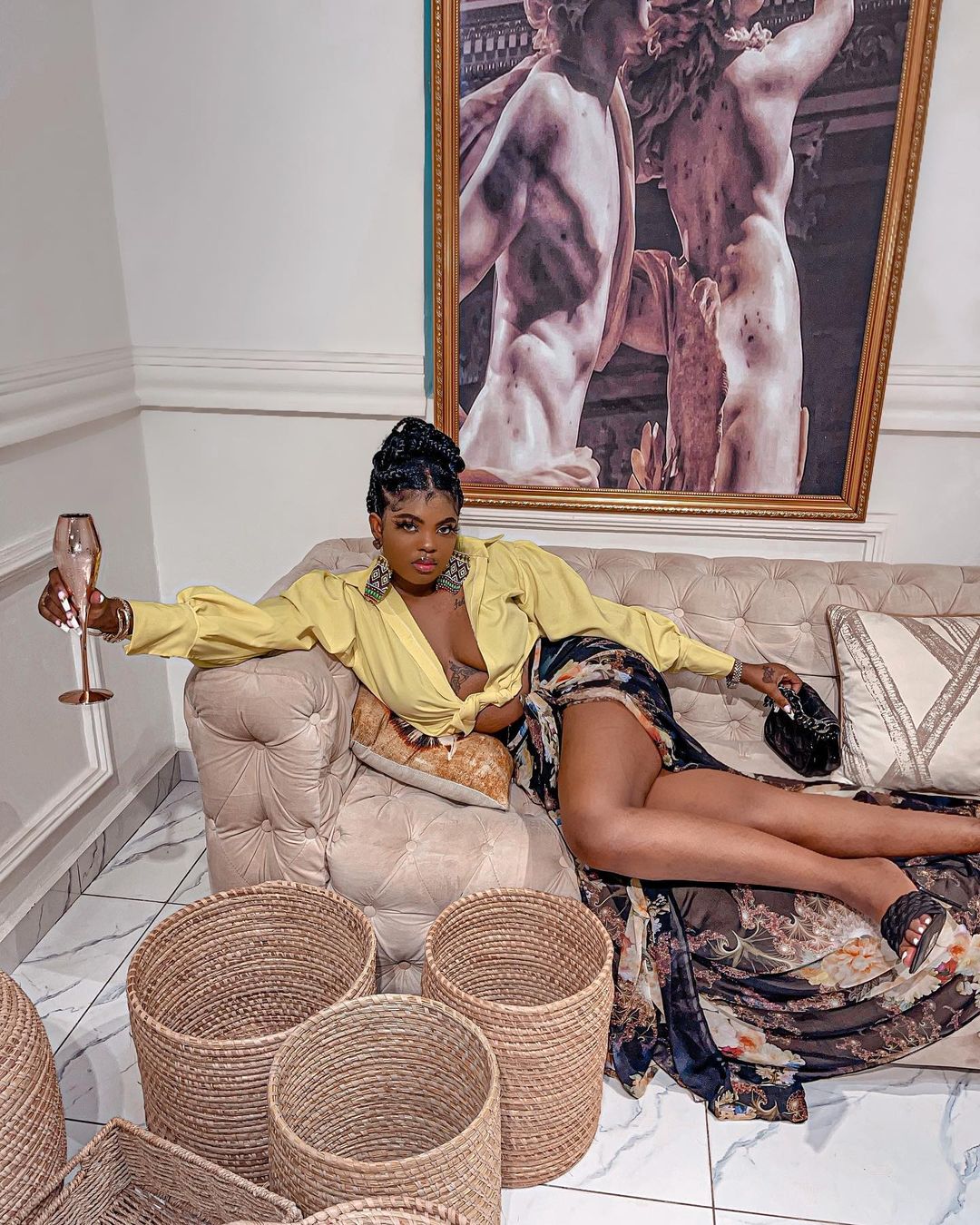 The incident took place late on Tuesday, June 1, 2021, at her highbrow residence located in the outskirts of Lekki, Lagos.

According to the businesswoman, Teju has been owing her for over a year and has refused to pay.

When confronted, the IG slay queen could not refund the money as it was alleged that she only had N47K in her bank account.

Looking unbothered, the situation degenerated after she was forced in the booth of a car for failing to pay the debt.

According to some sources, this is not the first time the slay queen will be confronted for owing debts.