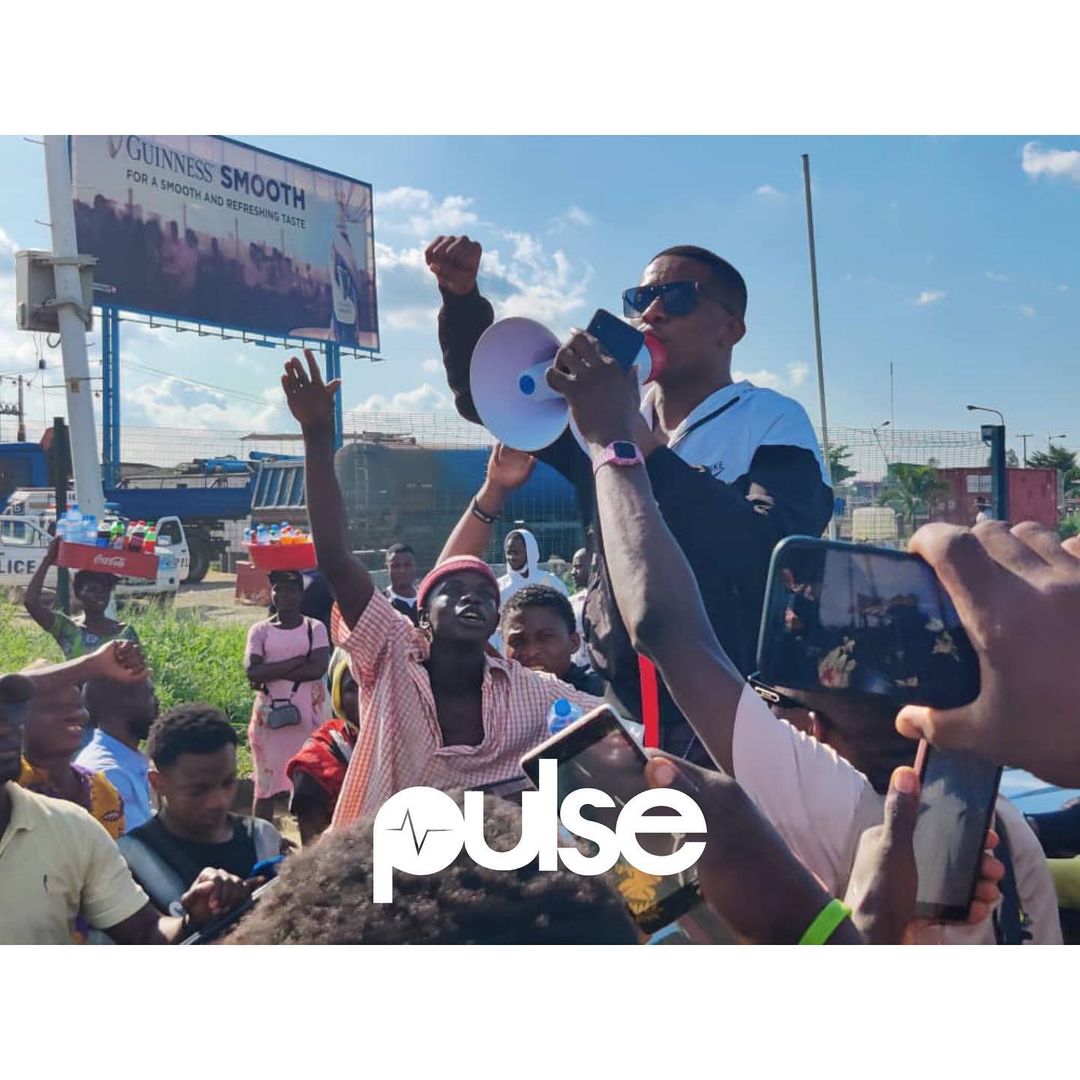 Nigerian music star Small Doctor was among those who turned up at the Gani Fawehinmi Park located in Ojota, Lagos, to join other Nigerians to protest against the government.

Another celebrity who made it to the protest ground was Instagram comedian, Mr Macaroni.

The comedian who has become famous for tackling the government, accused the current administration of trying to silence Nigerians from calling them out.

“Look at the level of insecurity we have been dealing with since this administration came in till now. When Nigerians speak, the government is always quick to say we are fighting them. We don’t have their guns, we have our voice but they want to take that away from us.”

Other celebrities who joined in on the protest, were Tiwa Savage and Toke Makinwa.

Saturday, June 12 is Nigeria’s Democracy Day, and many civil organisations had vowed to peacefully protest the government’s poor management of the country.