Home Entertainment 'Kambili' to premiere on Netflix in June 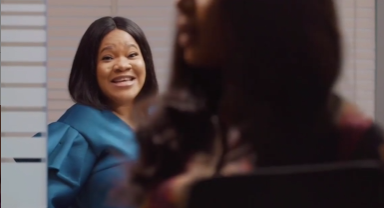 The romantic comedy is directed by Kayode Kasum and produced by Mimi Bartels.

Kayode Kasum’s 2020 romcom ‘Kambili: The Whole 30 Yards’ is coming to Netflix in June.

The filmmaker recently shared an Instagram post confirming that the film will premiere on June 18 alongside other Nollywood titles yet to be confirmed by Netflix.

Starring Nancy Isime as the titular character, the film follows the story of a young woman who makes an attempt to turn her life around in a bid to make her boyfriend propose to her.

ALSO READ: Fun facts you need to know about ‘Kambili: The Whole 30 Yards’