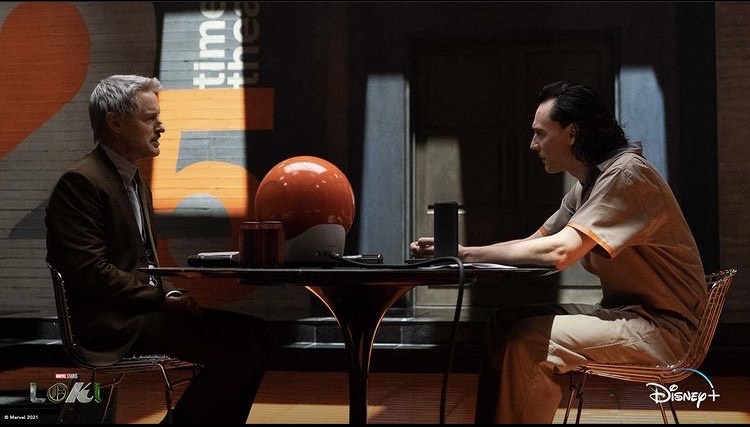 Debuting as an expert combatant in THOR 2011, ‘Loki’ the naughty younger brother to THOR (‘the god of thunder) has a superiority complex that is explored through his evil deeds and the justification of them through his philosophy on mankind’s freedom which he refers to as ignorance better still, bondage.

However, Loki’s sinister motives in Avengers (2012) and touching actions in THOR Ragnarok (2017), Avengers Endgame (2019) raised our eyebrows and dropped our jaws; Fleshing him out to be a well-written character in his own right.

Over the course of the MCU phases, we have seen Loki ‘the god of mischief’ evolve from villain, to clown, to hero, and now, a prisoner.

The pilot is set on a planet outside of time and space. This planet is called ‘The Time Variance Authority. Here we see Loki as we have never seen him before. Powerless and Vulnerable as he is dragged in cuffs and TVA branded khakis.

But Loki’s submission is short-lived as ‘Mobius M Mobius’ (Owen Wilson) offers him a shot of redemption by giving him a mission to hunt down a time-variant. This seems to be the rising action for this 6-episode Sci-Fi Series.

Asides from all the sci-fi, and witty comedy LOKI delivers, one thing that will always have our attention is Loki himself in whatever physical or emotional costume he takes on. Because that! is what makes him Tick ‘Attention’.

So let’s give it to him.

LOKI is available for streaming on DISNEY+