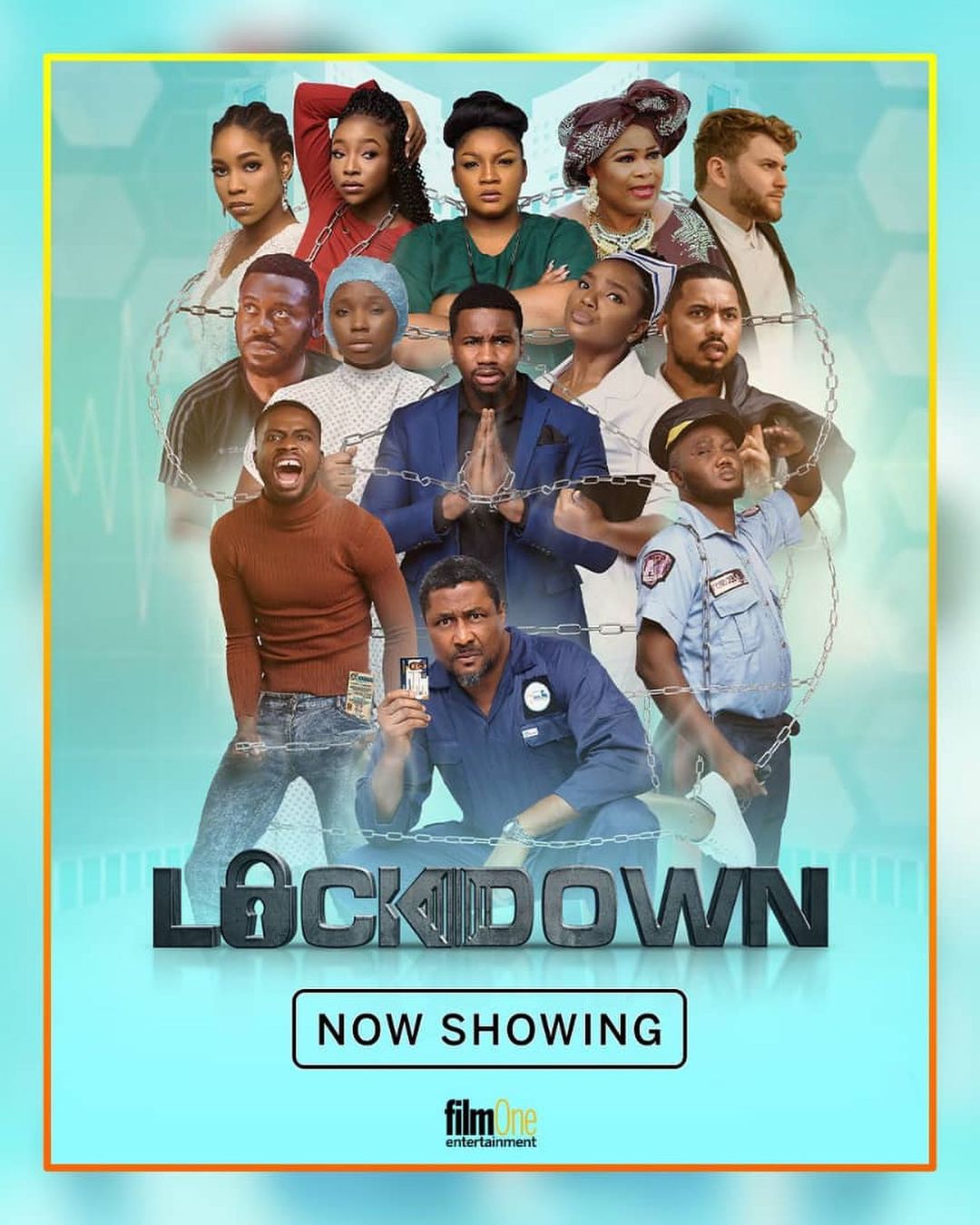 Because it was on Moses Inwang‘s shoulders that she made her major Nollywood comeback in 2017 with the movie ‘Alter Ego’, it only feels good for the gander to see her return to the screens for a less sordid role.

In the newly released FilmOne, Sneeze films, iFactory Films collaboration, the actress is at the centre of a catastrophic pandemic, reliving the turmoil of Stella Adedavoh, the brave doctor who saved millions of Nigerians from an Ebola virus outbreak.

‘Lockdown’ draws a lot of inspiration from the tragic events of 2014 complete with a questionable scene where Doctor Alexis Njoku comes in close contact with a Libyan patient infected with the fictional Holovirus.

The film written and directed by Moses Inwang follows the story of individuals who unfortunately in the words of Ekeinde’s character are “unlucky to be in the wrong place at the wrong time”.

Faced with the turmoil of a 21-day quarantine period at the expense of pivotal points in their lives, the group must either band together for survival or risk their lives in search of an escape route.

Omotola is happily the focal point of the story as Doctor Njoku. She immediately contacts the centre for disease and control upon discovering the Libyan national’s ailment then proceeds to save the day by ordering a lockdown to contain people who have come in contact with the carrier.

As simplistic as the story sounds on print, its execution was flawed by several unforgivable slips and monster-sized question marks. At the peak is how Njoku contracts the virus.

In 2014, Nigeria was unprepared for a virus as contagious as Ebola and Adedavoh relied on measures that unfortunately led to her exposure. In ‘Lockdown’, the carelessness of its most informed medical head is outrageously unbelievable. How do you restrict your protective gear to a face mask and get close enough to the point of attempting to physically restrain the patient?

Despite being the most exposed to the infectious patient, Njoku does not go into isolation immediately but carries on like the world is her oyster till an epiphany finally hits the scriptwriters towards the plot’s resolution.

The Njoku character is part troubling and satisfying for Omosexy’s fans. The actress is no vampire and in ‘Lockdown’, we see this as clear as day with streaks of grey hairs and stress lines. It feels human to see our star vulnerable and in a role that embraces this vulnerability. But on the flip side, it signals the reality of the end of an era. This is not the same star that dazzled our screens. Much wiser and I dare say, more beautiful in her body (whilst rolling my eyes at the costumier’s choice of skirt).

Although the plot evens out nicely, it will be pretentious to ignore the 80s styled and badly tailored nurse costumes, unimpressive special effects displaying injuries and the VFX effects that struggled with masking the ‘Reddington Lekki Hospital’ logo.

Some scenes from the film felt like they were cut from a gospel music video with slow-motion effects that added no particular zest to the narrative.

Inwang’s only redemption in ‘Lockdown’ is its cast. Sometimes over the top with the theatrics but by a long shot, they offer gratifying performances.

The movie distributed by FilmOne Entertainment and in cinemas across Nigeria.