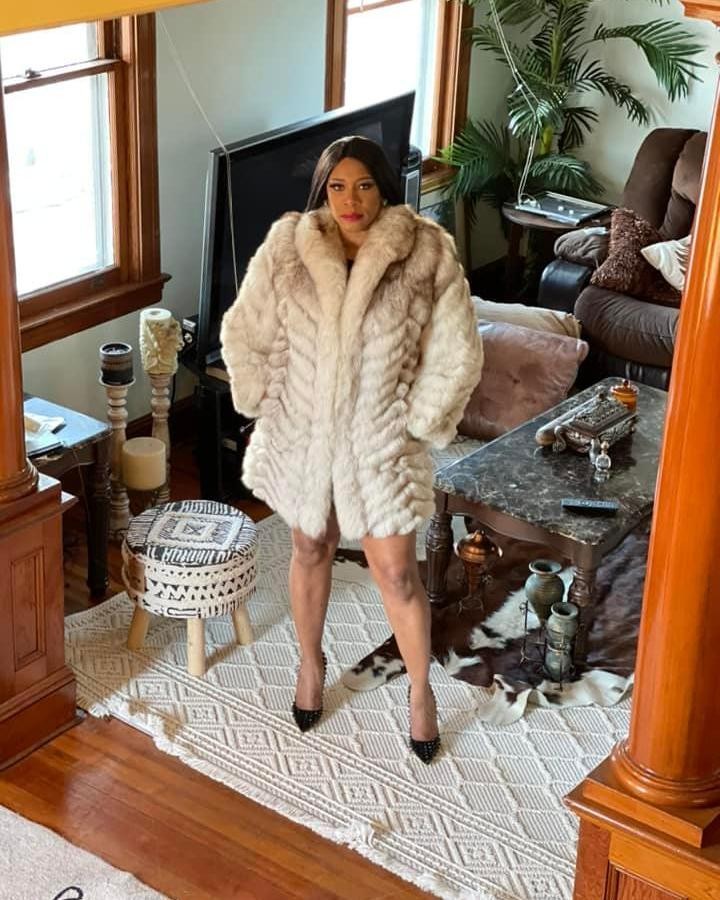 The former beauty queen took to her Instagram page on Tuesday, December 14, 2021, where she shared the photos.

“54 in 2 days. 6 years to 60!! Someone’s Grandma loading and yet still…Yes, it was a touch of digital Mommy make over, but I’m here for all of it. A thankful Thursday birthday coming up !! Thank you God for being so good to me 🙏,” she captioned some of the photos.

Askia was one of the on-screen divas of the late 90s after her acting debut in the then-popular NTA series Fortune as Tokunboh Johnson, a role which earned her critical acclaim.

She went on to appear in some of the most defining movies of the 1990s and early 2000s like Most Wanted, Suicide Mission, The President’s Daughter, Festival of Fire, Dangerous Babe, and Man Snatcher.

The 53-year-old is now a family nurse practitioner in New York where she resides with her husband of almost 17 years Rudolph Williams whom she shares two children with- a daughter, Teesa Olympia, and son, Rudolph Junior.

Regina has another daughter, Stephanie Hornecker, from a previous relationship.

Femi Fani-Kayode reacts to Precious Chikwendu’s claims, says she is bipolar and insane