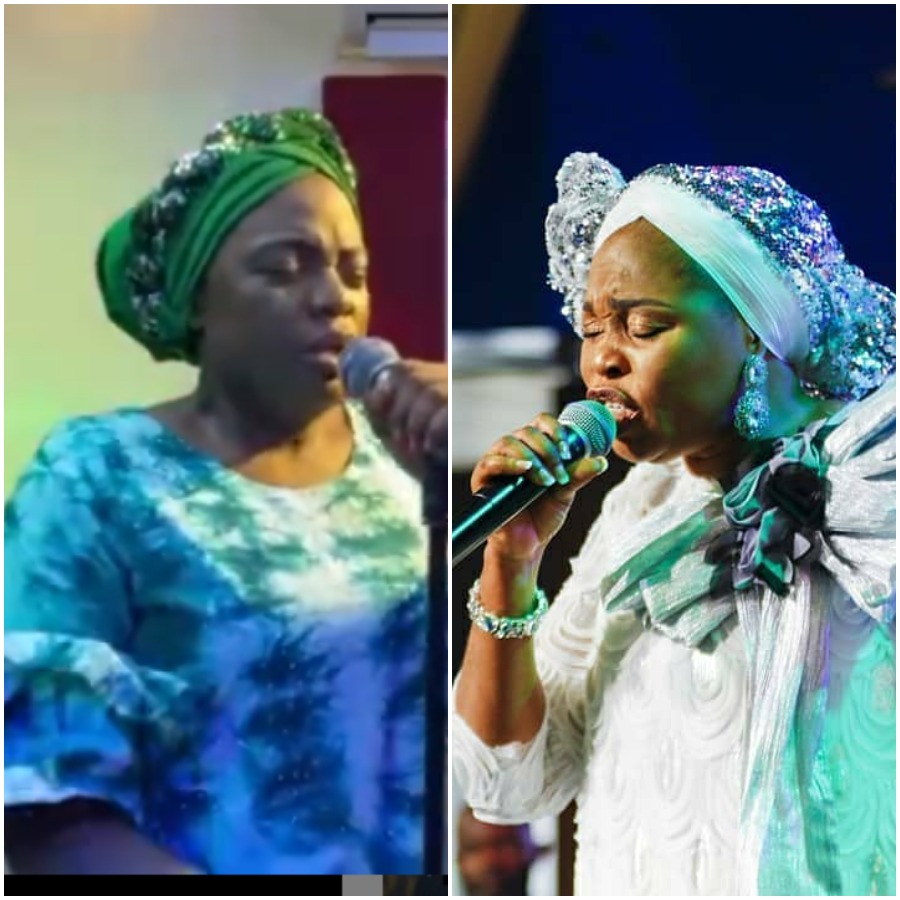 While ministering at an event on Saturday, July 12, 2021, Ms Alabi shaded her colleague Adeyina Alaseyori, accusing the latter of belittling God’s capacity with her hit record ‘Oniduro Mi’.

In ‘Oniduro Mi’, Alaseyori describes God as ‘My Guarantor’, but Alabi was critical of the song, saying it does not explain God’s powers fully.

“God is beyond being a guarantor to Man. I’m not saying that the song is not beautiful. However, when we receive heavenly inspiration to sing, there are some deliberations we must have with the Holy Spirit before we can bring out such a song,” Ms Alabi continued.

“ If we keep singing the gospel just as the Spirit-inspired, there is the possibility that we all will be singing absurdly.

“As gospel singers, God has given us the brain to digest, chew, and fully comprehend the inspiration given to us before we bring it to life.”

Released in March 2020 as part of a worship medley titled ‘Arojinle’, ‘Oniduro Mi’ has started to creep into a national sleeper hit.

The record has elevated Alaseyori to bigger followership in Nigeria and established her as a rival to Tope Alabi.

Alabi has faced criticism, especially on social media, although Alaseyori has remained quiet on the issue.

The record, however, does not originally belong to her. The record’s origin is credited to Evangelist Toluwalase Adelegan, who has come out to reveal that she wrote the song in 2014.

Adelegan told BBC Yoruba that she got the inspiration from the song when she was rehearsing with her choir for an event in 2014.

The record has had several remixes, but none has attained the success and popularity of Alaseyori’s version.

Ms Alabi’s comment has sparked the spiciest moment in the recent history of the Nigerian gospel scene.

They have been a slew of rivalries in the Nigerian gospel scene, but none have been this spicy in recent times.

Before Ms Alabi’s comment, Alaseyori had referred to her as a mentor and always accorded her respect as an older colleague.

Less than six months ago, Alaseyori was elated when Ms Alabi joined her on Instagram Live.

During that Instagram Live, she referred to Ms Alabi as ‘my mother’ several times.

Both singers looked on terms in that appearance together and sang together.

GYPEE gears up for debut EP with new single TGIF