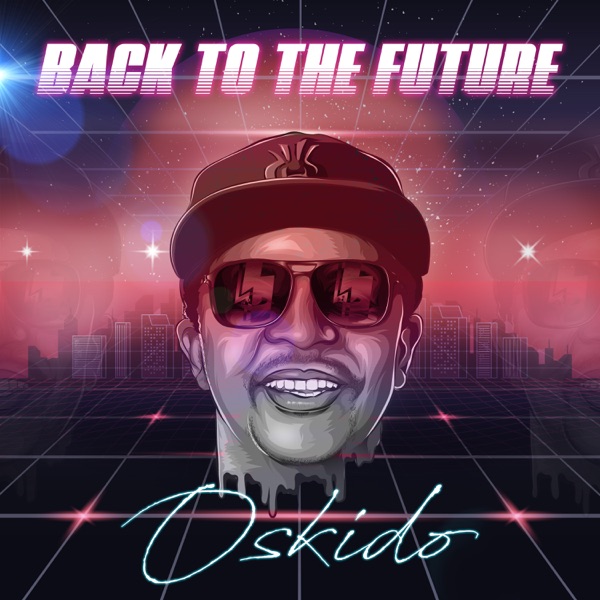 The three track body of work, short yet impactful, explores a mixture of music themes, the only way Oskido can, mashing up the nostalgic sounds of Kwaito and incorporating the popular Amapiano sound that has taken Mzansi by storm.

In Oskido’s known borderless outlook in music and experimental flair, he joins forces with Nigerian sensual singer/songwriter Niniola to create another amapiano song Banky Banky. Niniola’s soothing voice immediately captivates you with lyrics both in English and her native language Yoruba, on the laid back, mellow amapiano beats, carrying an already classic feel.

Oskido’s raps on the song immediately hauls you straight back to Mzansi, creating a luscious and exotic taste of an integrated African sound in one serving.

Fit for a King, the feel good EP kicks off with an upbeat song dubbed from the collection’s titled Back to the Future and features legends alike – such as Spikiri and Professor, and also the rising star on the Amapiano scene Lady Du, not forgetting DJ Oskido himself.

On the backdrop of Amapiano, the song perfectly bridges a 2020 and beyond sound brought on strongly by Lady Du, fused with a taste of an original old-school kwaito feel that resembles that of the classic Trompies banger Magasman. Taking you back in time when Kwaito dominated the airwaves and yet keeping with the times of fresh sounds.

The instrumentals pack and song arrangements, coupled with its buoyant beat, is jumped on first by the King of music himself Oskido with lyrics that are unquestionably from the yesteryear’s library, staying true to its name of going back in time and throwing forward into the future.

Ubambe Bani, the last and certainly not the least track on the EP, revives the cross of Amapiano and Kwaito with the return of Lady Du delivering lyrics that pay homage to Kwaito and the artists that helped build the genre up to the calibre that it holds today. Artists such as Boom Shaka, the late Brenda Fassie, Mafikizolo and also Mandoza.

Moreover, the song explores the era’s overall street culture of dance and of fashion, while also still keeping abreast with how that particular sound of Kwaito paved a way to the many other genres birthed over the years, including Amapiano.