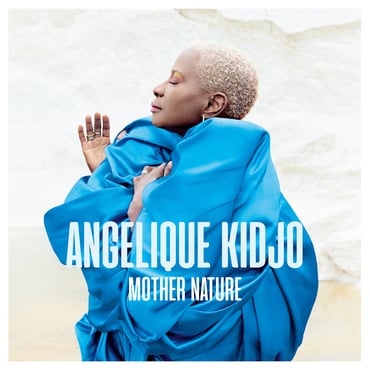 It is also a follow-up to her Grammy-winning album, Celia which infamously beat Burna Boy’s African Giant to the award. ‘Celia’ follows Kidjo’s album strategy over the past few years; pique on an idea or a culture make music in its language, likeness and peculiarity. ‘Celia’ reimagined the work of the late great Cuban singer, Celia Cruz, with strong influence from Santeria and Lucumi.

While the album’s central Afrocentrism is attractive and necessary at a time when blackness is under attack from subjugation, corruption and inequality, it has a tendency to be ‘preachy’ and one-dimensional. She repeated the same mantra of unity and ‘one love’ in over five songs with similar rhetorics.

Nonetheless, Kidjo deserves plaudits for how she immersed herself into the pop sonic zeitgeist while she retained the classic ‘Kidjo’ style and delivery which made her an enduring star in the first place. Songs like ‘Dignity,’ ‘Mycelium, ‘Flying High,’ ‘Do Yourself’ and ‘Meant For Me’ are also elite pop ditties which co-opt innocent enjoyment.

Characteristically, she speaks her Fon, Yoruba, English, Pidgin and even French and Twi, but the focus is on the type of Afro-pop music she explores, her superstar features and the sub-topics of her larger Afrocentric theme.

‘Mother Nature’ could have done with a Wizkid feature. It has a strong Made In Lagos essence with its roots in Afrobeat and Highlife. ‘Take It Or Leave It’ is built on 90’s Afro-pop drums with contemporary Soukous guitar rhythms. ‘Mycelium’ blends a Ballad with throes of sounds suited to a James Bond flick.

Topically, the album charts the coincidence of Kidjo’s birth and the independence of African countries on ‘One Africa’ to the fundamental ease of life and the kingship of all Africans on ‘Omon Oba,’ but documents the factors that impede the shine of that kingship.

One of those factors is disunity, which Kidjo aims to foster with records like ‘Africa, One of a Kind,’ ‘One Africa,’ ‘Flying High’ and ‘Mother Nature.’ But before we get there, she realizes the importance of being ‘Free and Equal’ by way of fighting for our rights. To her, you will ‘Do Yourself’ if we Africans don’t stand up for what’s right.

In 2020, Nigerians tried to do that with the #EndSARS protests which ended in the October 20 massacre. With the help of Yemi Alade, Kidjo discusses that on ‘Dignity,’ and celebrates the sacrifice while criticizing the Nigerian government. On ‘Mother Nature,’ Kidjo elevates Africa with primal passion and pride as her focus as exemplified by ‘Meant For Me.’

She wants Africans to ‘Choose Love’ and unity as the only route towards ‘Flying High.’ And to her, that’s a ‘Take It or Leave It’ offer.

In the end, this album could have done with a better album sequence to better reflect its concept and messaging in this format;

This way, the album would begin with her personal relationship with Africa from 1960, her love for the continent and its people, the subjugation and problems we face, the fight we require to be free, the aftermath of negative fights and then peace.