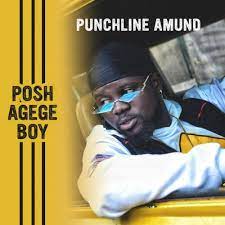 The project is like a mesh of Amund’s personal story and a chatter around the circumstances of his street upbringing. While some of the beats sound contemporary, they are rooted in rudimentary Hip-Hop, while Amund showed dexterity to effortlessly flow in both English and Yoruba. The project is also honest and genuine; whether Amund was articulating pain, self-deprecation or his story.


The son of a disciplinarian headmistress who wears jerry curls in Agege, Lagos, Amund’s story is similar to Nas’: A diamond in inner-city roughness, toughened by hardship, but still living better than most people around him, hence the ‘Posh Agege Boy’ tag. Agege is an inner-city locale filled with the hustle, but bustling with creativity.


Over the past 10 years, Agege has become the heartbeat of Nigerian mainstream pop culture. It’s then no surprise that it could have produced a proper MC alongside Shepeteri artists, street-hop acts and hypemen.


This EP represents the ‘Posh’ and the ‘Agege’ sides to this impressive rapper: ‘Bambi Allah’ is a genre-bending record, rooted in Northern Nigerian music while ‘Way,’ ‘If I Be Yahoo Boy’ and ‘Hypeman’ represent the posh in sound and delivery mode. ‘Agege’ is somewhere in the middle, however. Amund delivers the story in Yoruba aboard a Drill beat.


In the opening seconds of this EP, Amund documents the early morning alarm in the hood: the voice of a trader on ‘Way,’ through which he expresses the pain and frustration of unfulfilled dreams. It also shows how Amund is grounded in religion.


To close the album, Amund interpolates a standup comedy performance with ‘Hypeman,’ with his story about the ‘hailing’ culture on Nigerian streets. While it was hilarious, it also showed the lengths that certain people go to make money in Lagos. Something a novice might easy fall for.


‘If I Be Yahoo Boy’ is the biggest creative win on this EP. With a banging beat, it feels inspired by Joyner Lucas’s ‘I’m Not Racist’ or AQ’s ‘My PVC Story.’ The common denominator between all the beats is a great beat and a multi-narrative, from different angles. In Amund’s case, it’s a compilation of the Nigerian dreamer’s perspective on how Yahoo boys live, before ending it with the underlying hypocrisy in all those perspectives.


He also addresses love through the concept of hypergamy on ‘Omo Agege.’


This is such an amazing body of work. And Cobhams killed that hook on ‘Way.’

It’s 26 days till “Jeen-Yuhs: A Kanye West Trilogy”, Here’s All We Know