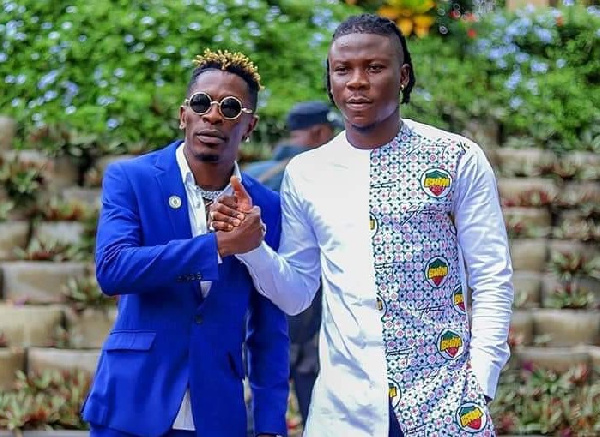 At the time, this writer noted that the anti-Nigerian sentiment wasn’t just a Cameroonian thing. In the preceding years, Nigeria and Ghana had clashed on subtle issues like the superiority of Jollof rice and music; the origin of Afrobeats and influence. Uganda infamously jailed Tems and Omah Lay in December 2020.


Xenophobia was the order of the day in 2019 South Africa. Like clockwork, we are back again. A few days ago, celebrated Nigerian superstar, Shatta Wale, once again stirred the hornet’s nest with some anti-Nigerian comments. The long and short of which was: Nigerians don’t support Ghanaian music, but Ghanaians support Nigerian music.


While some parts of Ghana were quiet after he said this, it was very obvious that Shatta Wale wasn’t alone in his sentiment. Despite our geographical proximity and close ties in culture, language, phonology and even culinary art, Nigeria and Ghana have always been like Cain and Abel; or better yet, Nike and Adidas.


Just two days later, Stonebwoy weighed in on the matter. While he had more methodical thoughts than his frenemy, Shatta Wale, he still echoed the same sentiment: Nigeria doesn’t support Ghana. Before we get to discussing metrics on how Nigeria can carry Ghana on its head like gele, or better yet, spoonfeed our Ghanaian brothers, let’s reiterate some things.


The recently concluded All African Music Awards was a three-day celebration of African music, and day one focused on a panel that was attended by giant practitioners of African music. The first panel featured Efe Omoregbe, Oreoluwa Peters and more. During the post-panel Q&A session, someone asked a question, which echoed Stonebwoy and Shatta Wale’s issues.


She said, “I’m an artist from Uganda, and everywhere I turn, there is Nigerian music across the African country, but it doesn’t seem the same now that I’m in Nigeria. Why’s that?”


Another person from the audience sought to peg the issues down to language, but Nelson Tivane, one of the ‘Yaba Buluku’ boys, who had just made a Nigerian smash hit alongside Grammy-winning Burna Boy, got animated and refuted such claims.


His response, “Nigeria has been welcoming to us. We make music in our native tongue with all these [gestures animation with a smile], but our song has been huge in Nigeria. Burna Boy definitely [blew it off the hinges], but we already had some buzz before then. Nigerians had already turned “Valaku I vona” to “Odogwu you bad,” even before Burna Boy jumped on our song.”


Ladies and gentlemen, at the end of 2021, Yaba Buluku Boys’ largest market on Apple Music, was Nigeria, where they had 5,352,807 streams. Their second biggest market was the US, where they had a much reduced 1.7 million streams.


These boys are from Mozambique and their own country didn’t even make the top 10 countries, from which their music was streamed globally on Apple Music.


South Africa was third, Ghana was fourth, and Tanzania, Zambia and Kenya, were eighth, ninth and 10th respectively.


“We knew we had a fantastic record on our hands. We also knew that Amapiano was tearing across Africa, and especially in Nigeria,” says George Beke, the CEO of Geobek Records, who signed the Yaba Buluku Boys. “It would be silly not to understand the power and influence of Nigeria on African music.”


“Let’s even forget the population size, let’s talk about how they have influenced African culture over the past 20-25 years, in dance, fashion, music and all of that,” Beke continues. “To be Nigerian is to be cool, and Nigerians know this. They might not act on it, but they know it. More importantly, they make amazing music. That’s why their influence must be respected.”


“We saw all of these, and decided to tweak our marketing strategy. Getting Burna Boy on the record was a mega coup, and you can see what it’s done for the record,” Beke concludes. “To be honest, his team was great to us, and Burna made the boys feel at home. He even appeared in their video. He respected them for reasons that we won’t understand, but one we are grateful for.”


You know what these boys have done next, they’ve gone ahead and made another record with Yemi Alade, also known as Mama Africa. The song is about the unity of the African continent. Make of that what you will, but with a decent video, that record will have crazy streams.


For your information, the ‘Yaba Buluku’ boys consist of DJ Tarico, Nelson Tivane and Preck. While MTVBase, Channel O, Trace and AFRO, helped us discover artists like Lizha James or Dama Do Bling in the 2000s, Mozambican artists/music are/is not exactly the most sought after in Africa.


Tarico has albums and Tivane had some identity, but they were basically unknown boys, who came from nothing and blew up in Nigeria, on the back of an amazing record with great timing and an incredible label boss, who understands the rudiments of music marketing. It’s also great that he has contacts.


On the part of Burna Boy, there was a time when Odogwu did back-to-back features for South African artists like AKA and Da L.E.S. He also did another for Sarkodie. Over the past two years, he’s delivered incredible features for Master KG on ‘Jerusalema’ and for Kabza De Small on ‘Sponono.’


‘Jerusalema’ was KG’s second Nigerian hit record after ‘Skeleton Move.’ This year alone, records like ‘Ke Star (Remix)’ by Davido and Focalistic, ‘It Ain’t Me (Amapiano Remix),’ and interestingly, ‘Forever’ by Ghana’s new leading lady, Gyakie and it’s remix with Omah Lay, have all been Nigerian hits.


The common denominator to all those records: quality, timeliness, timely strategic features and timely strategic marketing. For example, Gyakie’s ‘Forever’ was a social media sensation and a Nigerian digital hit, even before its Omah Lay remix.


Since the start of her career, Amaarae has found more success in Nigeria, than she’s found in her home country of Ghana. This year, she featured on a hit single, ‘Bling’ and had her own success with the digital hit, ‘Sad Gurlz Love Money,’ was a digital hit.


La Meme Gang had some Nigerian fanbase in the 2010s because they blended with their Nigerian alte counterparts. All of these artists went to go get it, they didn’t wait for things to happen because of ego and entitlement.


Nigeria’s modern pop music era started in 1999. And since then, Nigerian music has come in eras. In the late 90s and early 2000s, Makossa and Soukous records dominated Nigeria so much that gospel artists like Tope Alabi tapped the sound for hit gospel records. Hip-Hop and R&B were so big in Nigeria, that the Nigerian Broadcasting Corporation promulgated a Law, which mandated that a certain percentage of Nigerian music must be played on Nigerian radio per day.


That didn’t stop the first Ghanaian wave in 2005/2006, with Samini, VIP and Obrafour, who were popular in Nigeria. They produced hits for Tony Tetuila and 2baba, most notably.


Then in the late 2000s, Wande Coal’s ‘Ghana Freestyle,’ produced by the legendary Killbeatz, revolutionized Nigeria’s pop music landscape. Then the Pon Pon era in the early 2010s was preceded by the Azonto era, which brought Sarkodie, R2Bees, Shatta Wale, Stonebwoy and more.


In recent times, Kwesi Arthur and Yaw Tog, have had some identity amongst Gen Z Nigerians.


In between all of these, Cabo Snoop, Fally Ipupa have been sensations of Nigerian music at different times.


Let’s bring it all together


Earlier in the year, I did a Facts Only episode about the influence of Ghanaian music on Nigeria, and those were straight facts. Over the past 12 months alone, I have interviewed Stonebwoy twice. Our second chat, which I had alongside my friend, Melody Hassan, was one of the best interviews I conducted in 2021 – he was engaging, thoughtful and intelligent.


On the other hand, Shatta Wale has a reputation for brashness. But both of them are tied by a few traits;

Before I delve into the elements of these headings, I know for a fact, that Nigerian superstars have not been exactly the most accessible to their Ghanaian brothers. Especially since they started soaring in the UK and the US, topping charts and getting plaques. I also know that it wasn’t always that way.


These days, Nigerian artists are focused on international acclaim, for better or worse. They don’t even rate their own fans enough to appear early enough at shows. My Ghanaian brothers, you can join the club. You are not alone.


However, there seems to be an unmistaken tone of jealousy to all that Stonebwoy and Shatta Wale have said. It feels like they have failed or refused to accept the global magnanimity of Nigerian artists and Nigerian music. It feels like a part of them looks at Nigerian music saying, ‘That should be us.’


It also feels like the only reason they can’t accept it is their ego, powered by the innate artistic narcissism, which drives the most talented artists towards success. They see these Nigerian artists and they think, ‘Well, he’s not more talented than I am.’


Well, maybe they are not. But the world doesn’t work like that. Instead of complaining and crying ‘disrespect,’ let’s rise up and go work with strategy in mind. You don’t have to work with Davido, Wizkid or Burna Boy, to have an African hit anymore.


Moreover, it’s just Nigeria’s time now. Very soon, the tide will shift to other African countries, and it might or might not be to the detriment of Nigeria, but that’s how the music world works. My Ghanaian brothers, get to work and stop crying.