Simi is celebrating 40 million views on the video for her hit single, ‘Duduke‘. For this, she has released a French version of the song available on all platforms. 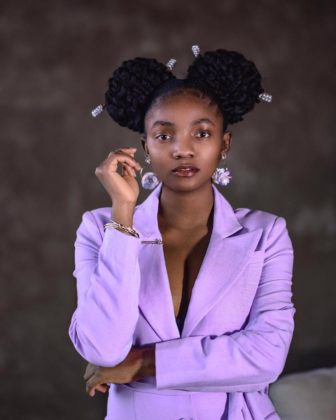 The singer celebrated this milestone via her Instagram page on Thursday, the 17th of June 2021. She revealed that the song connected her with her fans in ways she did not imagine possible. Simi also revealed that both her mum and daughter love the song can’t get enough of it. On ‘Duduke‘ attaining 40 million views, Simi says;

Throughout my career (so far), my life has been changed many times – but this song more than changed my life, it connected me to you in the most precious way possible.

So I want to say Thank You. For every time you have played it. Over and over and over again. So many people tell me “this is my baby’s favourite song”. So, Thank You to the little angels that sing “du du ke” along with me. Thank You to the moms and dads and aunties and uncles that press play on your behalf.

Deja hears this song from across the room and comes running running running (ok getting carried away lol). But she loves it, and for the record, this is the only song of mine that my mum has written down all of the lyrics to learn it. She and her grandbaby can’t get enough. Thank You to both of them.

Simi also unveiled the French version of ‘Duduke‘ as part of the celebrations for clocking 40 million views. She announced;

.
PS – SimiArmy – as we get ready for single/album – pls listen and share. If you don’t understand French, pls go and learn it ❣️#commenttutappelles

PPS – Many thanks to @ennieola for assisting me on this 🥰 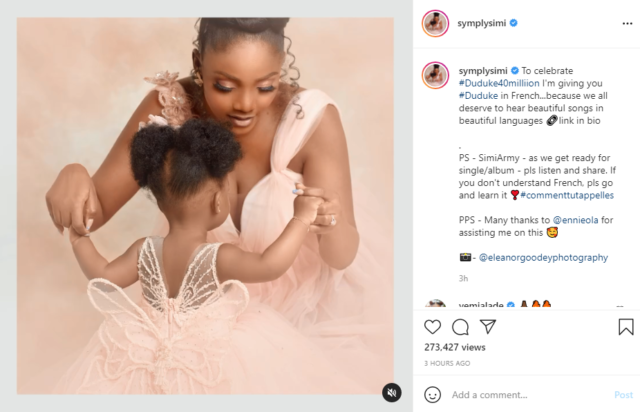