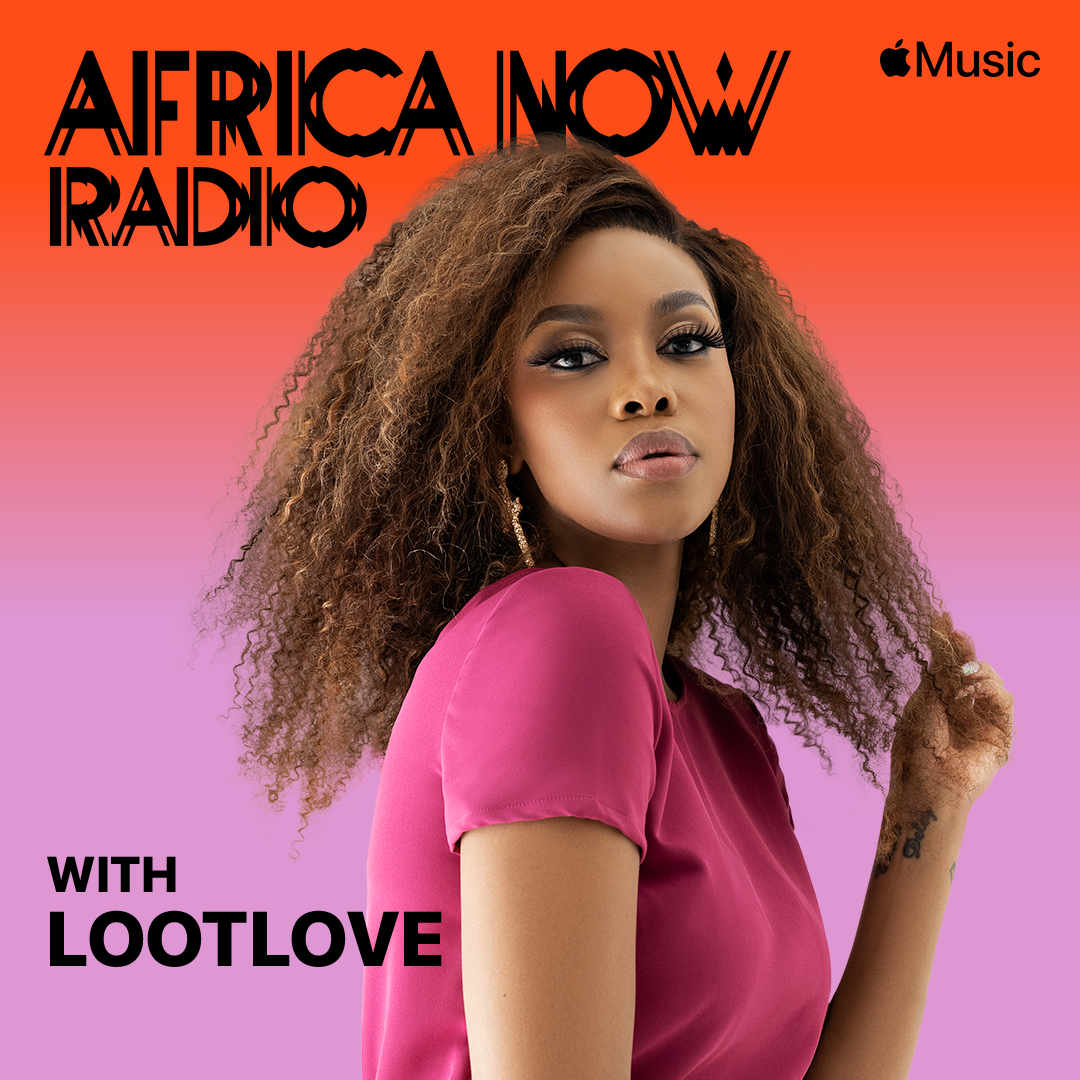 Africa Now Radio, Apple Music radio’s first global African music radio show, recently celebrated its one-year anniversary. Over the past year, the show has featured exclusive interviews with Davido, Nasty C, Tiwa Savage, Rayvanny and many of the biggest and brightest artists spanning the African continent, debuted over 250 new releases, and introduced Apple Music subscribers around the world to over 50 of Africa’s hottest new artists, from Omah Lay to Tems.

Based on the Africa Now playlist, Africa Now Radio with LootLove will continue to showcase the latest African sounds, be it amapiano, afrobeats, highlife, alte, house, hip-hop, bongo flava, or kuduro.

“I am beyond elated to host Africa Now Radio,” said LootLove. “This is a big moment for the universal language that is music. A moment that continues to shine a light on our continent, my home country — South Africa — and on all the magical talent we have. I am looking forward to seeing more, experiencing more and learning more through the beauty of Africa’s music. From the Cape to Cairo and to the rest of the world.”

On her debut episode, LootLove will be joined by the legendary Angélique Kidjo, who will talk about her upcoming album “Mother Nature,” out on June 18, 2021. LootLove will also spotlight The Big 5 – the 5 hottest new African tracks of the moment – and the next generation of African superstars featured in Apple Music’s artist program and companion playlist Africa Rising.

In the new Loot Loves feature, LootLove will select and play one track she loves from her favorite Apple Music African playlists.

Luthando Shosha aka ‘’LootLove’’ as she is affectionately known as, is a TV presenter, radio host, mother of twin girls and a style maven. In 2012 LootLove entered the world of entertainment after winning the SABC 1 Live Amp presenter search. In 2013 she continued to host Live Amp but also bagged a new presenting gig and hosted Skyroom Live, a live music show showcasing different genres of music.

In 2014, LootLove hosted a youth game show on SABC 1- K’Shubile. In 2016 LootLove returned to her radio roots and joined Adil on Wide Awake on Weekend breakfast on Metro FM. While co-hosting with Adil on radio, they also co-hosted The Urban Music Xperience on SABC 1.

LootLove bagged another radio show – Absolute Hip Hop – alongside DJ Speedsta which went on to win best Hip Hop radio show at the 2019 Hip Hop awards. 2017 LootLove reigned supreme. She hosted The Come-Up on MTV, was selected as the red carpet host at the MTV EMA’s in London, became a brand ambassador for Revlon and collaborated with Footworx to bring a range of shoes to life.

LootLove finished the year strong in 2017, when she was awarded the “Innovative Style” Award at the 2017 Style awards. In 2020, LootLove went on to join The WKNDR as a co-host on the weekend breakfast show alongside MoG on Metro FM. LootLove bid Metro FM farewell in March 2021. LootLove has made her return to TV recently by joining the SABC 3 family as a host on Trending SA 2021. In June 2021, LootLove took over as new host of Africa Now Radio on global radio Apple Music 1.

About Africa Now Radio with LootLove

New forms of African popular music fuse traditional and contemporary sensibilities, morphing into hybridized sonic fragments that connect Joburg to Nairobi via Lagos and Accra. On this Apple Music show, South African television presenter and radio personality LootLove presents the latest African sounds in their lush entirety, be it amapiano, Afrobeats, highlife, alté, house, hip-hop, Afrobongo, or kuduro. Expect only the latest and greatest sounds from across the continent, and update your library by adding anything that vibrates in lockstep with your beat.

Drake named artist of the Decade at Billboard Music Awards 2021