Nigerian singers, Teni and Johnny Drille proved they can deliver as a duo as they collaborated for the first time on the remix of Baba Fryo‘s classic hit song “Denge Pose“. 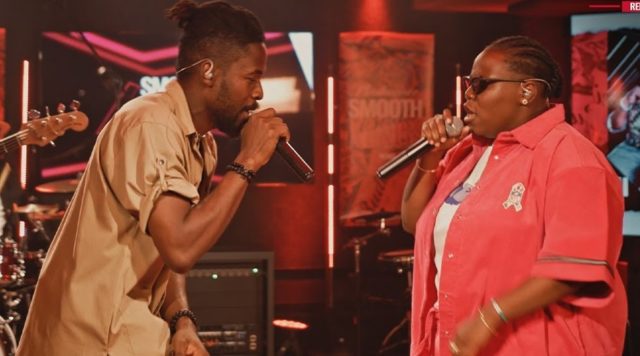 The “Denge Pose” remix is part of an ongoing series called the Budweiser Smooth Kings Remix show. This one is the 9th episode and was uploaded on Wednesday, the 28th of May 2021. Teni & Johnny Drille teamed up with producer, GospelOnDeBeatz to create the remix before going in front of the camera to perform the amazing duet. Before that, they had shared a little bit about their careers with the host Mike Edwards and even played a game of snooker.

READ ALSO: Teni, Oba Orin Earns Her Name As the King of Afropop Melodies on ‘Wondaland’

The original owner of “Denge Pose“, Baba Fryo himself appeared at some point during the show and commended both Teni & Johnny Drille’s delivery of the song. He stated that it was even better than he expected and even gave them a chef kiss.

Here’s the official trailer for ‘Rumour Has It’ season 3

VGMA21: Good, bad and ugly on the red carpet of Industry Night