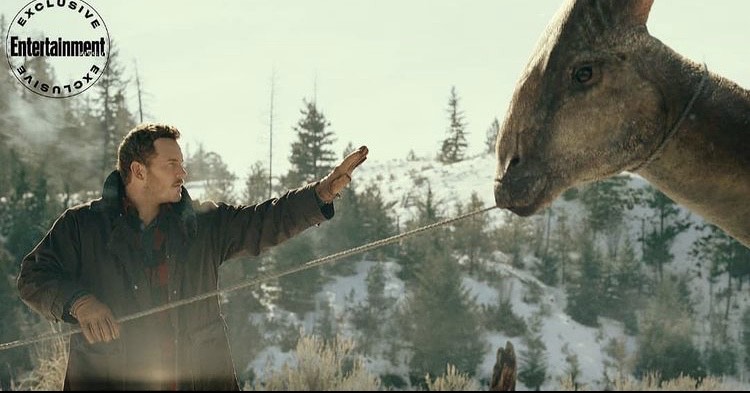 Jurassic World: Dominion, happening four years after its forerunner Fallen Kingdom. Co-writer Colin Trevorrow has confirmed that the sequel will differ from the original regarding its scenic geography.

Alongside a first image of Chris Pratt’s Owen Grady up in the frosted mountains, Colin Trevorrow disclosed to Entertainment Weekly that the upcoming movie’s plot would see the ancient primates “living amongst us and clashing with us” far beyond California.

Maintaining that although previous Jurassic Park and world movies have followed the same story, Colin Trevorrow explained that Dominion would take place across continents.

“[There are] many different environments: wilderness, urban, desert, snow,” he said. “It’s exciting to see these creatures navigate environments that they weren’t built to survive in. They grew up in a theme park, and now they’re here!”

The Filmmaker also announced that the movie would begin with Owen Grady(Chris Pratt) striving to protect parasaurs in the Sierra Nevada mountain range that connects California and neighboring Nevada.

“He’s not too far from where the dinosaurs got out in the last film,” he said of Pratt’s character. “The parasaurs are in danger of being poached. There’s a lot of shady types out there who want to get their hands on dinosaurs, so he’s working to protect them.”

“I don’t want to say just yet,” Trevorrow said of Claire’s Dominion arc. “But she’s at a point where she’s questioning her methods, and whether she can stay safe and fulfil the responsibility that she has to the other people in her life that care about her.”

Jurassic Park: Dominion is set for its big-screen premiere soon.

‘Rattle Snake: The Ahanna Story’ to premiere on Netflix