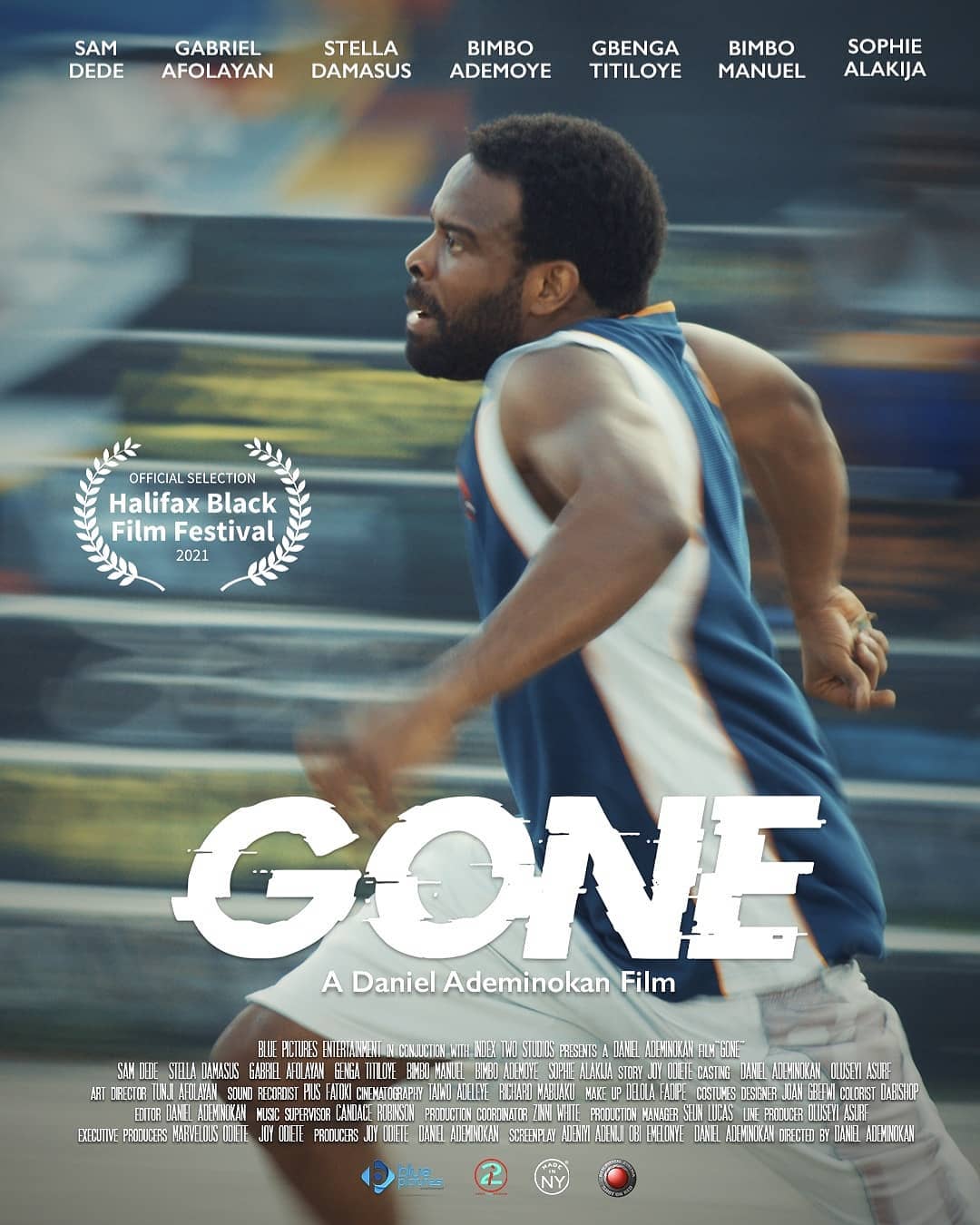 Over a year after its first teaser, the official trailer for Daniel Ademinokan’s anticipated feature film, ‘Gone’ is here!

The trailer debuts amid confirmed reports that the film will premiere in Nigerian cinemas on July 9, 2021.

Starring Sam Dede, Gabriel Afolayan and Stella Damasus, ‘Gone’ follows the story of Ayochukwu, a troubled young man who turns to a boxing mentor for guidance. He soon discovers that his coach is his father who abandoned him and his mother decades ago.

The Ademinokan and Obi Emelonye scripted film also stars Ada Ameh, Bimbo Manuel, Bimbo Ademoye and Emma Oh My God. Prior to its upcoming theatrical release, the feature film had been selected to screen at the Halifax Black Film Festival and the Calgary Black Film Festival.