Nigerian prolific rapper Olanrewaju Ogunmefun, popularly known as Vector, dazzled his fans with a sizzling live performance of three of his songs, including his hit single ‘Early Momo‘. 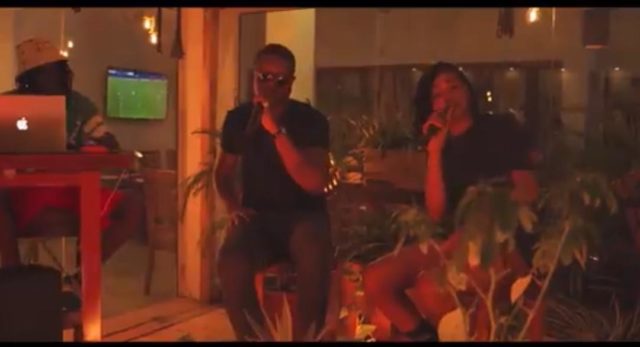 Apparently, the Lagos Island-born rapper decided to run the live session to honor a fan’s request on Twitter. The fan had earlier tweeted that she wanted a live performance of his melodious single “Early Momo” featuring soul singer, GoodGirl LA.

Vector, in response, told the fan he would run a live session if she could get five thousand retweets for the post; Twitter did its thing, and voilà! 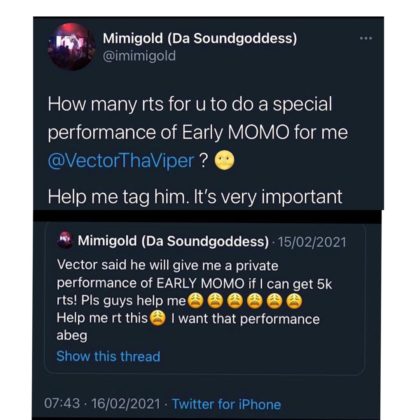 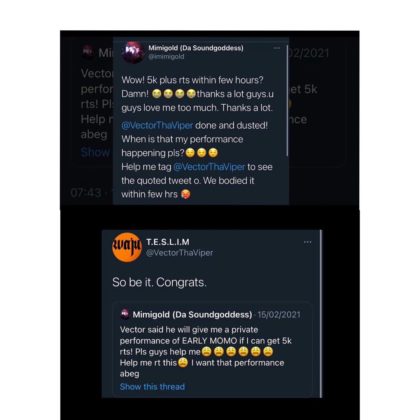 The prolific rapper kicked off the performance with singer GoodGirl LA as the duo gave a brilliant rendition of their song ‘Early Momo’. Vector went to show his rap skills with the performance of ‘Kaju’, after which he was rounded up with ‘Vector’s Vibe’.

Watch The Official Music Video for Buju’s ‘Outside’