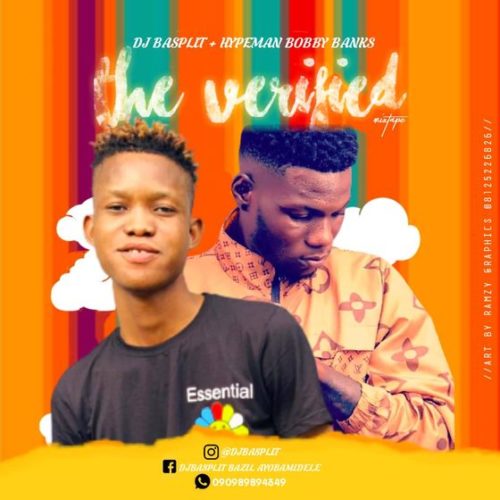 The song was made by DJ Basplit featuring Hypeman BobbyBanks and it was created somewhere in Mushin, Lagos in Q1 2021. However, a quick search through YouTube might confuse a few Nigerians about the origin and ownership of the song.

On one hand, there is DJ Basplit and Hypeman BobbyBanks whose version blew up and on the other hand, there is SunkeySnoop and Tobyshang with another version, equally blowing up.

In 2019, SunkeySnoop and a hypeman, Tobyshang created their version of ‘Shedibalabala,’ which became the toast of Nigerian underground, endorsed by celebrities like Olamide, Naira Marley, Zlatan, DJ 4Kerty and more.

Tobyshang, a graduate of the University of Lagos also tells Pulse Nigeria that he first used the word ‘Shedibalabala.’

Now Naira Marley’s official hypeman, Tobyshang says, “I first used the word as a student at the University of Lagos in 2018. I was hyping one night when a lady came out and started shaking [her bum]…” so I started using the word to describe [booty shakes].”

Born Jerry Adibe, Jerry Shaffer manages Headies-winning singer BadBoy Timz. But his foray into the entertainment industry began years earlier. As a school leaver, Jerry Shaffer and his brother founded a club in Abeokuta, Ogun State where he became a hypeman.

As an Abia State indigene bred in Lagos, Shaffer has an understanding of Yoruba albeit with certain hollows. At the club in Abeokuta in 2016, he stumbled upon the word ‘Shedibalabala’ during a random club outing and he started using the word to describe booty shakes and twerking.

At a show in 2018 and on the prompt of OG OAP, Shopsydoo, he trademarked the word and owned it.

You can watch Pulse Nigeria’s report below;

Demide and Bella Shmurda Say They "Fear Nobody" On New Single

DJ Ernesty & Okey Sokay set the floor ablaze with the Amapiano Remix of...